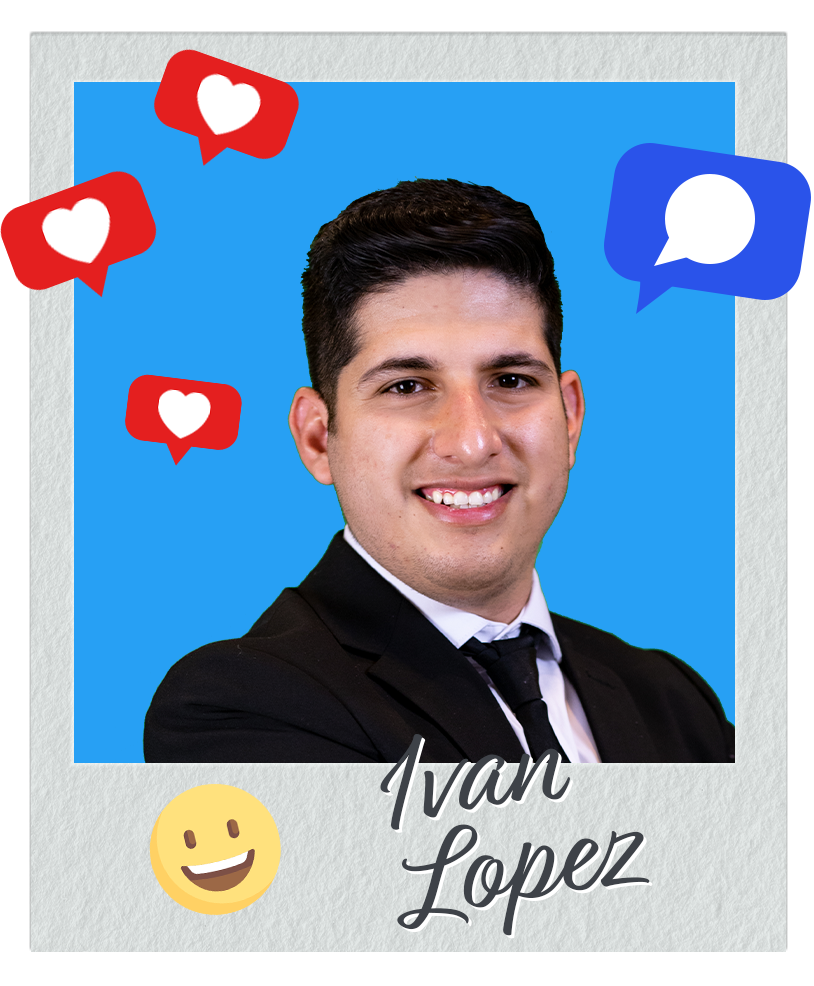 Iván López, formerly known as “El Morro,” is a radio host with a great passion for music, art, and comedy. Even though he is proud to be Mexican, Ivan feels like a Laredoan after living in Laredo for more than a decade. This is the city where he met his wife and where he had his first daughter. His passion for the media led him to earn a bachelor’s degree in communications from Texas A&M International University, where he graduated with honors. During his journey to earn that degree, Ivan managed to work and collaborate with local organizations dedicated to theater, comedy, and musical events. Iván has managed to collaborate and work with great artists of various musical genres such as Marco Antonio Solís, Juan Gabriel, Prince Royce, Los Huracanes del Norte, Banda El Recodo, and La Mafia, among others.

During his early days in radio, Ivan used to transmit live for XHBK-FM to radio listeners in Laredo during weekends. Eventually, he made his way to a prime-time show where he stayed for several years entertaining his audience. Ivan has led different radio departments, such as Production and Promotions; as well as been involved in programming and administration.

Since November 2021, Ivan became part of the voices for Digital 94.9

Other Trivia: “I love soccer (my favorita team is Rayados from Monterrey). I love playing video games.”