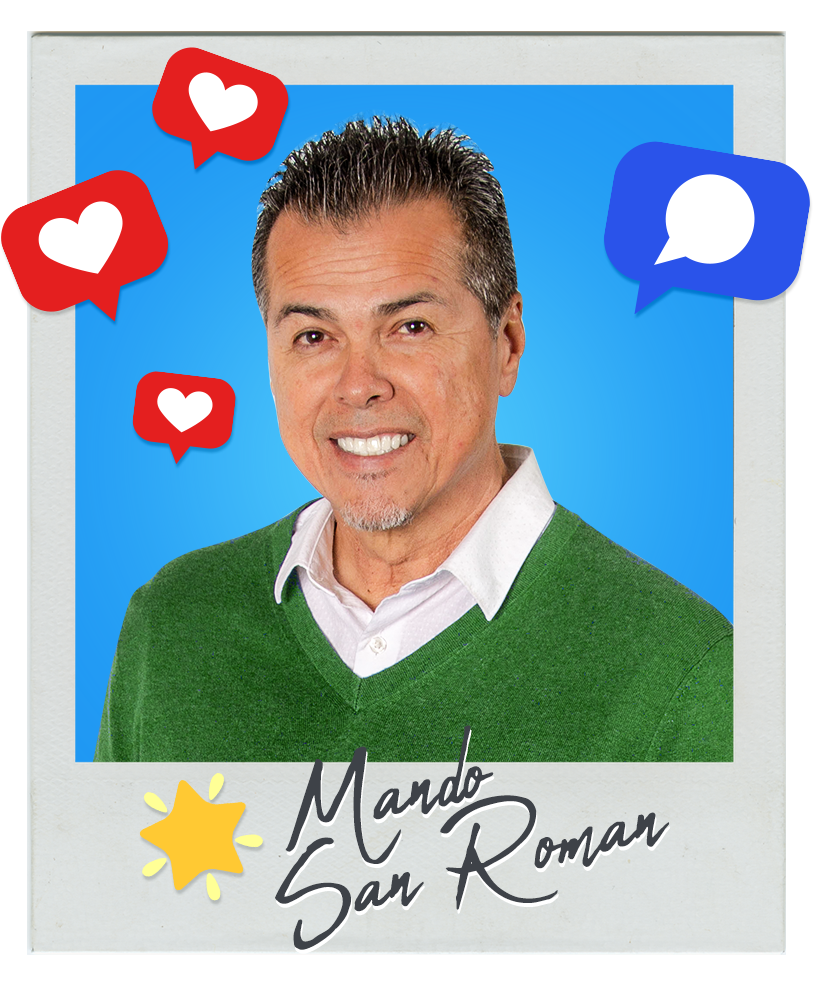 Mando San Roman was born in Weslaco, Texas raised in the border town of Progreso, TX. San Roman’s debut in radio would as DJ for a General Market AC station, however; his passion for the bilingual Tejano format would come about while working at 96.1 KIWW-FM. During his 17 years he had run from graveyard shift to morning shows while simultaneously ascending from Music Director to Assistant Program Director up to Interim Program Director. His tireless work earned him many opportunities and trust of his peers across the industry, Mando’s trajectory in radio and television has been undeniably illustrious.

Throughout his career, San Roman has gotten nominated Tejano DJ of the Year, voted “Favorite DJ by The Monitor’s Reader ‘s Choice Awards on numerous occasions and most recently inducted into the Tejano Roots Hall of Fame in Alice, TX, and the Brownsville Legacy Awards for his longstanding work in broadcast.

Other trivia Mando wants to be a millionaire, seriously. He also likes to learn something new every day.