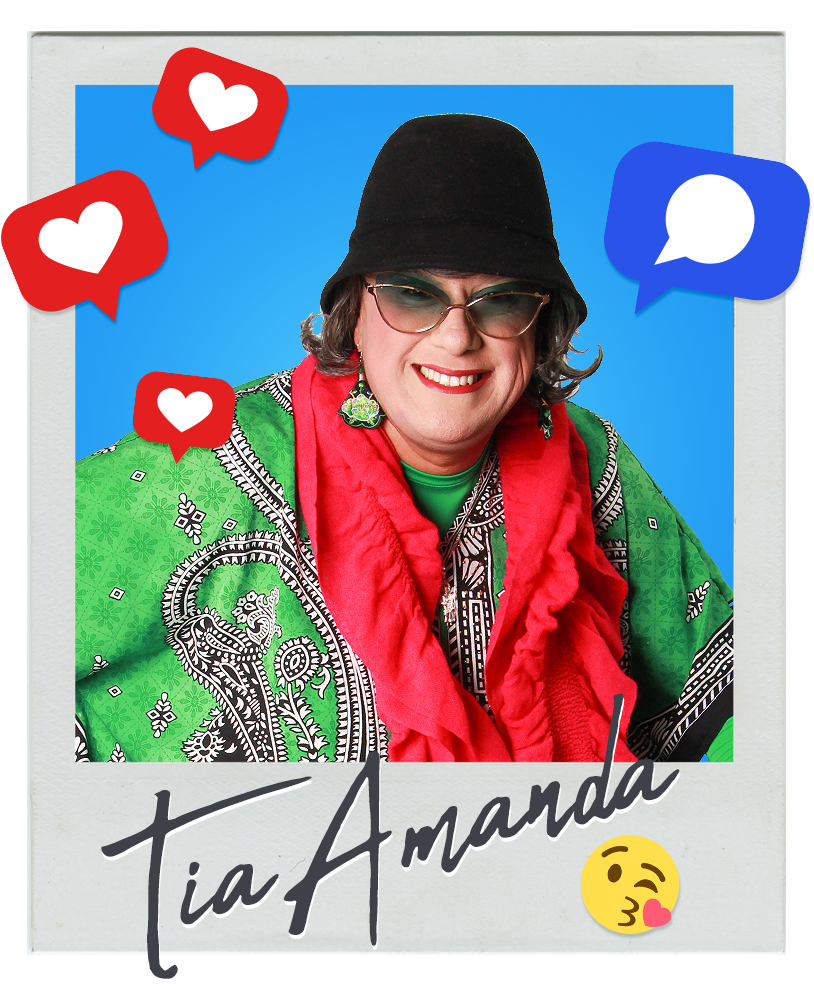 La Tia Amanda comes from a small town in the state of Morelos, Mexico.

She caught wind that her nephew, Hector “El Zorro” had come to the United States and decided to chase after her own American Dream.

After spending many nights sleeping under bridges and highway underpasses of the big city, a night owl radio DJ offered her a humble salary as the cleaning lady at the radio station. Before even realizing it, Tia Amanda had become part of the cast of the morning show for the next 5 years given her charisma and sense of humor.

After a while, she decided to continue her search for her nephew Zorro, and finding him as the successful host of a radio show, “El Zorro y su Pandilla” in the Rio Grande Valley’s La Ley 102.5 FM.

Now adays, Tia Amanda and her nephew have been reunited under the same company’s roof, laughing away every morning along with their listeners.